Nashville is even more stocked with stars than normal this week. The CMA Awards show is the center, with a constellation of events clustered around it.

Alabama’s second sold-out night headlining Ryman Auditorium on Monday pulled in its share of those artists as Randy Owen, Teddy Gentry and Jeff Cook were joined on stage by performers on the new album “Alabama & Friends.”

Jason Aldean came out on the second song of the night for “Tennessee River.”

Read more at The Tennessean 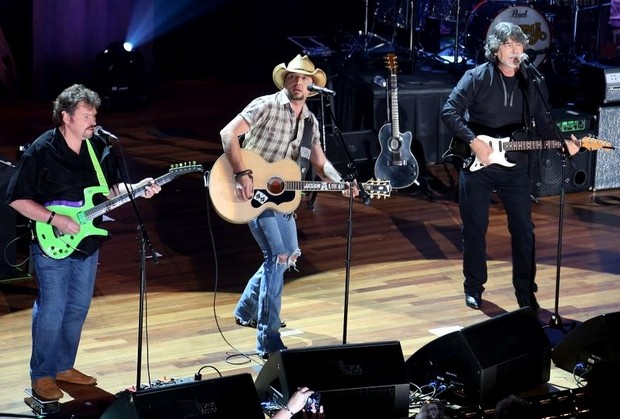