2005 CMA Entertainer of the Year and four-time Grammy Award winner Keith Urban, this year joined by an all-star lineup of some of country music’s most loved groups, will return to Nashville’s Bridgestone Arena on Tuesday, April 10, for a concert to benefit the Country Music Hall of Fame and Museum.

“My goal for the concert, is really the same as the halls’," said Urban. “To help country fans connect the dots – to find out where their music came from, how it’s evolved (and is still evolving) and to discover the artists that have influenced their favorite artists. Country music is like a big beautiful strange family tree and nowhere is that more honored than at the Country Music Hall Of Fame and Museum."

All for the Hall is the museum’s first-ever non-bricks-and-mortar fundraising initiative. The campaign addresses the not-for-profit educational institution’s need for long-term financial security and provides a safety net for its work. Through ongoing exhibit schedules, scholarly publications and hundreds of school and family programs annually, the museum teaches its audiences about the enduring beauty and cultural importance of country music. Museum Board President Gill created and has led the institution’s All for the Hall fundraising initiative since 2005.

“The first two We’re All for the Hall concerts have been landmarks for this institution,” said Museum Director Kyle Young. “They have been the most successful fundraisers in the museum’s history, together raising roughly $1 million. And they have not only set a new standard for fundraising and event coordination, but also brought together an entire community and helped us to see what can be done by individuals when there is a collective passion for a cause.”

Reserved seating tickets, which are priced at a family friendly $25 and $35 (does not include Ticketmaster surcharge), are on sale now at ticketmaster.com. A limited number of VIP ticket packages will also go on sale on January 27 at Ticketmaster. 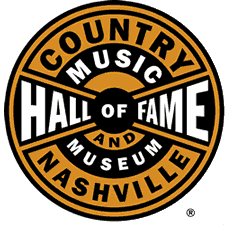