The Bama Rising Fund of the Community Foundation of Greater Birmingham is awarding an additional $818,000 to provide 196 families with the security of a home of their own and to assist in rebuilding a volunteer fire department and creating a community storm shelter.  These efforts, including repair, rebuilding and furnishing for individual homes, support needs in 20 counties devastated by April 2011 tornadoes across Alabama.

With this third round of grants, the Bama Rising Advised Fund of the Community Foundation has awarded a total of $1.758 million in 25 counties out of $2.1 million raised in a June 2011 benefit concert organized and headlined by the band ALABAMA.  Current grants are:

·      $225,000 to support repairs, rebuilding, furniture and appliance needs for individuals and families, including many with disabilities, medical problems and the elderly in Marion and Franklin counties through United Way of Northwest Alabama

·      $200,000 for repair and rebuilding through Habitat for Humanity of Greater Birmingham and the Central Alabama Long-Term Recovery Committee, serving Jefferson and St. Clair counties

·      $145,000 for rebuilding efforts in Jackson and DeKalb counties through the Jackson/DeKalb Long-Term Recovery Committee and Upper Sand Mountain Parish

·      $50,000 for repair, rebuilding and home furnishings through the Community Foundation of West Alabama and the Long-Term Recovery Committee of West Alabama, to serve individuals and families in Tuscaloosa, Hale, Greene, Sumter, Bibb, Fayette, Marengo, Lamar and Pickens counties

·      $5,000 for rebuilding efforts through Habitat for Humanity of Morgan County

·      $48,000 toward rebuilding a portion of the Webster’s Chapel Volunteer Fire Department inCalhoun County and adding a 100-person community storm shelter on the VFD property.

“The families are doing so much of the rebuilding work themselves, with the help of friends, neighbors, and volunteers,” he added. “These grants help families fill the remaining gaps, whether it is materials for flooring, shingles for a roof or a replacement heating unit.”

As one person working on long-term recovery on Sand Mountain said, “While there is much work still to be done, each day brings new blessings to more and more families thanks to the continued support of the Bama Rising Fund.”

Background: The Bama Rising Fund was established as an Advised Fund of the Community Foundation of Greater Birmingham. Grants are made through an Advisory Committee which includes representatives of the band ALABAMA, concert promoters and the Community Foundation. The Bama Rising benefit concert, organized by the band ALABAMA and held on June 14, 2011, raised $2.1 million for the Fund through ticket sales and the donation of in-kind services, talent and dollars by promoters, artists and sponsors. Grants totaling $1.758 million have been awarded so far.

About the Community Foundation of Greater Birmingham:
The Community Foundation of Greater Birmingham is the oldest and largest community foundation in Alabama, dedicated to driving positive change, leveraging gifts from donors and improving the life of the Birmingham region. The Community Foundation has received gifts of $3.3 million into all tornado recovery funds, including Bama Rising, and awarded grants totaling $2.37 million to support long-term tornado recovery needs of individuals, families and communities in the Birmingham region and across the state. For more information, contact Emily Jones Rushing at 205-327-3806 or 873-0942 or [email protected] or go to www.foundationbirmingham.org.

About ALABAMA (the group):


With a career to date that has resulted in 21 Gold, Platinum and multi-Platinum albums, 42 number one singles and over 73 million records sold, ALABAMA has received over 150 industry awards including 8 country music "Entertainer of the Year" honors, 2 Grammys, 2 People's Choice Awards and their very own star on the "Hollywood Walk of Fame." The band most recently received the Academy of Country Music's Pioneer Award in 2003 and was inducted into the Country Music Hall of Fame in 2005. Members Randy Owen, Teddy Gentry and Jeff Cook all hail from Ft. Payne, Alabama, and have enjoyed more than 30 years of unprecedented success 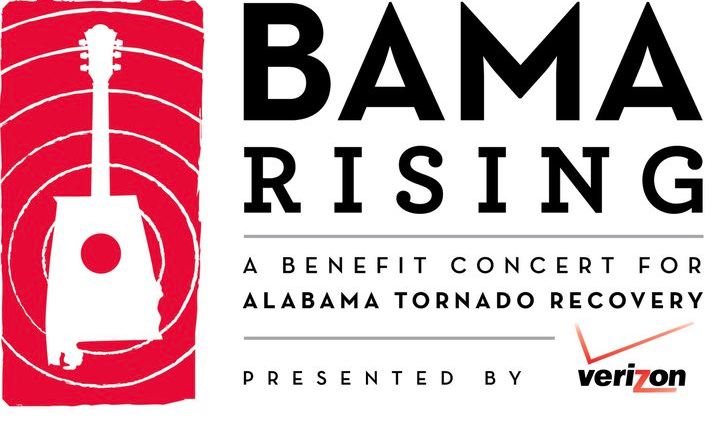